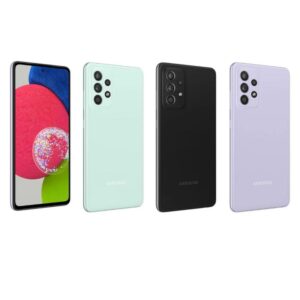 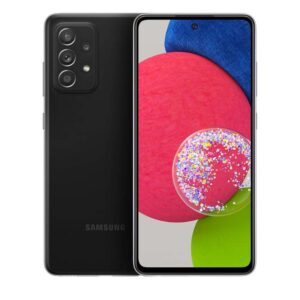 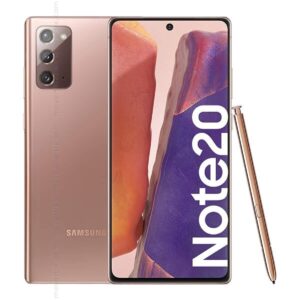 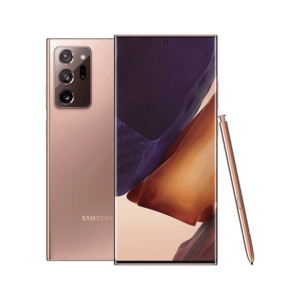 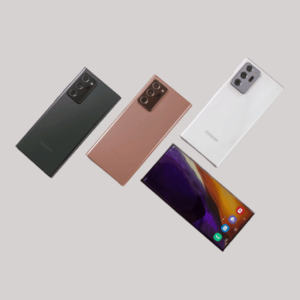 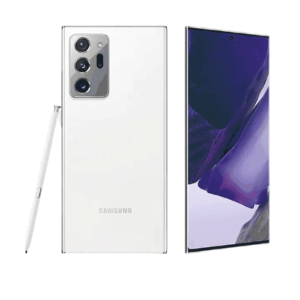 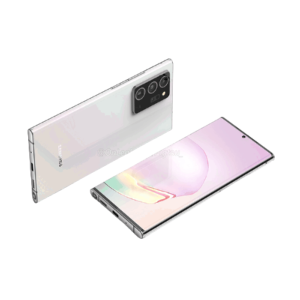 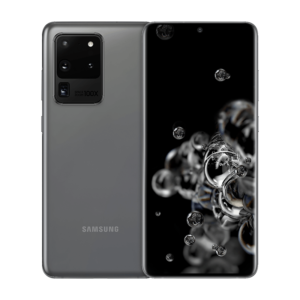 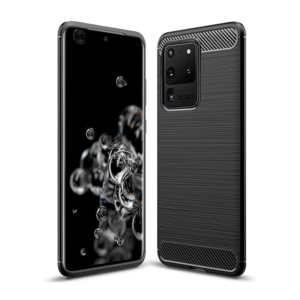 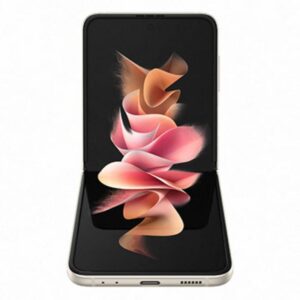 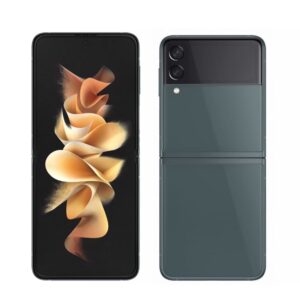 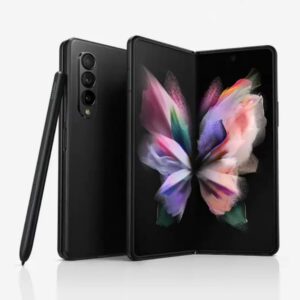 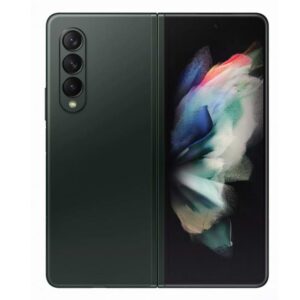 Samsung has been on the smartphone market since the 60s and has continued to expand until today. We have listed the most desirable Samsung phones for 2022, covering everything From basic and affordable to unique flagship mobile models. The company has grown to become one of the most expensive smartphone brands. Millions of customers eagerly wait to receive the latest model every April and May.

It is important to note that this article is only an informational piece that aims to educate users on the reason for various prices Samsung of Samsung mobile in Pakistan.

Samsung has a wide range of choices within its smartphone lineup, starting from the flagship Galaxy Z folding models to the most recent Galaxy S and Galaxy Note models. There’s another sub-flagship series, Samsung Galaxy A series, to consider within older Galaxy S, Galaxy Note, and Galaxy Z models.

If it’s Samsung Mobile you’re looking for, then believe us that the choice of finding the best Galaxy Samsung mobile for you isn’t an easy task. So we will first go through them.

The Galaxy Z series is Samsung’s foldable smartphone at the top of their portfolio in terms of cost and offering the most recent innovations from Samsung in terms of design. Samsung Galaxy Z Fold models are the fourth generation of vertically folding devices. It features a better design than its predecessor and waterproofing and a higher refresh rate screen.

As you can see from the name, these phones can be used as a notebook. the Note series is about Samsung’s largest and most impressive smartphones. All Note phones fall under the phablet class and feature massive displays, stylish stylus pens, and various features.

Samsung Galaxy Note series is typically higher priced than its S range. However, it comes with S Pen functionality with the stylus incorporated into steel and glass frame of mobile. The overall design is similar to that of Samsung’s Galaxy S range.

The latest series of Galaxy Note includes Bluetooth functionally in pen. It also has curved glasses, large storage, 5G connectivity, and more. A good note mobile would cost you around 1,75,000/- rupees.

We’ll discuss Samsung’s most popular flagship series, the Samsung Galaxy S series. S series has been around for an extended time and has made its first foray into phones by launching Samsung’s Galaxy S in 2010. Samsung Galaxy S range is Samsung’s flagship smartphone collection. Each model has the best waterproof design, plenty of power, and impressive cameras.

The A-series could be described as Samsung’s A-team since it is a soaring mix of mid-to-upper priced smartphones. A series of models were a massive success due to their elegant, lightweight aluminum frames. At the same time, they also had some impressive specs compared to other smartphones available.

Samsung Galaxy A is the sub-flagship line, priced just below those in the S series in terms of cost; however, it borrows some of its design elements, including full-screen displays, screen camera, IPX6 water resistance, and fingerprint sensors under-screen in a few models.

A new collection of Samsung brands The Galaxy C series contains arguably the most beautiful Samsung phones of the year. The sleek and shiny aluminum models are so beautiful to look at. The C series consists of mainly middle to upper-mid smartphones, with the most affordable of them all costing around 35,000/- rupees. The top end of the price is around 55,000 rupees. We can confirm that Samsung’s C series is ideal for those who want a classy mobile with top-notch functionality.

The series was launched in conjunction with the Galaxy A series a couple of years back. The A series featured aluminum body phones with gorgeous frames and higher costs. The Galaxy J series was tasked with producing efficient mobiles that would help keep Samsung on the right side of the low-mid to low-cost smartphones category. Their design tends to revolve around plastic bodies, while in terms of features, they have surpassed Huawei, OnePlus, etc.

The Galaxy Prime series consists of upgraded versions of available Samsung middle-tier price smartphones. The word Prime simply states that the phone is an upgrade on existing smartphones with the latest upgraded hardware but with the same build quality. Each model is an upgrade on their older siblings. These usually are of galaxy low-cost to mid-priced smartphones. That’s why the majority of them would cost you less than 50,000/- rupee.

The Galaxy Pro series functions with similar patterns to the Galaxy Prime series. The biggest distinction between them is that the Pro series mainly consists of enhancements towards high-end smartphones, in contrast to the Prime series falling within the lower-mid category. The Pro series, as noted above, would fall under the category of high-end smartphones, which is why the majority of its models cost over 45,000 rupees. Despite being high prices, they are in huge demand as they come with fantastic specifications, and can improve your mobile functioning overall.

Galaxy Max and On series

Regarding the Galaxy Max series, we are aware that this name is usually connected with smartphones that have huge displays. Huawei is also following similar name patterns for large-screen phones. Samsung Galaxy Max has come up in the form of Galaxy J Max and the Grand Max phones.

However, the On series is relatively new, with few smartphones in this category. On series targets the mid-to upper-mid segment of galaxy cellphones. The top models have a plethora of specs like 1080p resolution, 5.5 inches Super AMOLED screens, big camera sensors, and much more.

Below are a few of the most prominent features

Running two apps on the most recent Galaxy phones is as easy as sliding left. You can simply access the Edge menu and choose one of the App Pairs from the list. App Pairs are combinations of apps that you often use together, such as email and Office, or Spotify and Samsung Health. They’re dependent on your pattern of multitasking.

Another option for multitasking is Pop-Up View. it allows you to place a different app as a floating display over the primary application. It is great, for instance, when you’re able to carry on the video chat while watching games or other content on full-screen.

If you seek a compelling reason to change, Samsung DeX is probably the answer. DeX lets the Galaxy smartphone run an entire desktop experience. Simply connect it to an LCD or smart TV and it will act as a paired keyboard or mouse. DeX lets you ditch your laptop and go mobile-only for those who are always traveling.

Your mobile device must be able to function all day long without worrying whether you’ll run out of batteries. Galaxy Note series models help with these issues by offering Super Fast Charging that draws 50 watts of power when connected.

Usually, Samsung provides at least 4000 mAh of battery. But its OS being efficient makes it last for a couple of days on average usage. An adaptive power-saving mode provides up to a week of battery life with no need to recharge by limiting the applications and features that you rarely use.

Wireless PowerShare lets you offer your coworker an extra battery for their smartphone when they need it. You can also boost the Galaxy Buds by placing them on your phone. As all of these devices support wireless charging.

The area where Samsung is leading is in displays because they have decided to invest a significant portion of their R&D efforts in it. They maintain the title of the world’s most advance manufacturer of LED display. Samsung’s flagship phones feature a 120Hz AMOLED screen, equipped with adaptive refresh technology. This feature isn’t available in Apple’s iPhone models yet.

Samsung Knox is an extensive collection of security options at both the software and hardware scale. This is backed by both large and state-owned enterprises. But it’s not just the government and large enterprises who are the main customers to benefits from it. Every Samsung Galaxy user gets this real-time security and protection for their mobiles right when they switch on their phone.

We’ll discuss several most important security-related features that built the foundation of Knox in the following four reasons to upgrade.

Samsung Galaxy devices have led to the development of innovative fingerprint authentication methods. Ultrasonic fingerprint ID was first launched in S series models and is a revolutionary in-display sensor.

This sensor produces a 3D image of your finger, offering greater accuracy than capacitive sensors. Most Galaxy smartphones also have facial recognition, which means you can unlock the phone simply by looking. It is all operated under Knox.

The first thing that many Samsung Galaxy customers do when they get their phone is to activate Samsung Pass. This accessible service functions as an account vault to store login credentials. It is possible to utilize Samsung Pass in tandem with your biometrics so that you can log in to the majority of your websites and applications in just two clicks.

Samsung’s no-cost Find My Mobile service tracks your phone’s location, using information gathered by Google and other data that passes across wireless networks. After activating Find My Mobile, you will be able to locate your Samsung device using any internet browser. If you tell Find My Mobile to “Send the last location,” you can easily locate your phone on a map. Additionally, it will be updated every 15 minutes if the location changes.

We could debate this for hours because it’s an extremely subjective subject. In reality, Samsung has made significant improvements to its One UI 3.0. So we can conclude that Samsung android phones are a great choice to take the unfinished Android and enhance it with value-added functionality.

Samsung SmartThings allows Galaxy users to use the same device for receiving notifications and manage every aspect of the smart home appliances, including the thermostat and the television.

The COVID-19 epidemic has demonstrated how important it is to take care of yourself and which mobile phones can assist you in that. The Samsung Galaxy Health app allows you to track your diet, fitness goals and even allows you to practice meditation. It is possible to use the app to discover how to work out at home using items you use every day and watch videos from experienced coaches.

Everyone wants to keep the enjoyable moments forever in one’s memory, which is why the camera of your phone is quite important quite. The Samsung phones assist you in that by giving you the Live Focus feature which allows you to control blur effects on the background. Its large sensors allow you to capture stunning photos even in dim light.

The latest Galaxy S smartphones allow you to record wide-angle video from both rear and front cameras simultaneously, this is known as Director’s View.

If you’re a heavy user, you just need a phone with the latest Snapdragon chip like snapdragon 888. These mobiles typically come with RAM as high as 20GB. This means that they can handle almost every task that you can put them through. Samsung SD888 phones are excellent options for gamers since they’re powerful enough to play even the most challenging Android games.

Performance isn’t an issue as the Snapdragon processor keeps everything running smoothly as these are also referred to as 5G processors and operate on a high frequency.

Samsung has rapidly become the leader in 5G technology and has introduced the technology to mid-tier phones, in addition to Samsung’s flagship Galaxy devices. Even if your mobile carrier doesn’t offer 5G in your local area, your device allows you to download large files and stream video content with no delay.

What’s best-priced Samsung smartphone could be an extremely personal decision. Based on your usage scenario and many other factors you, yourself should decide, whether you should pay a bit extra for extra features or you can compensate on functionality by paying a bit less.