We just sold Its last piece, You can Pre Order it on Whatsapp
Order on Whatsapp 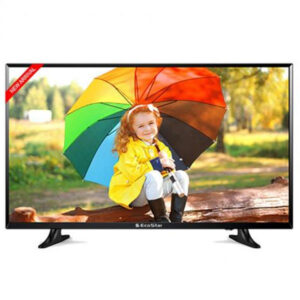 Clear images with precise color and contrast and a smart TV with many android features of Facebook, YouTube & Netflix videos, call skype, and many more. Enjoy the 4K ultimate experience with superb picture resolution, deep black richness, and clarity. Slim & thin panel with a new base stand makes it a beautiful addition to your interior.

A flat panel LCD TV set that uses LEDs for its backlight source rather than the earlier cold cathode fluorescent lamps. Smaller, more power-efficient, and having a more excellent optical range than the fluorescents, LED TVs to produce deeper blacks and a more saturated color. In 2005, Sony offered the first LED TV.
Although an LED TV is an LCD TV with LED backlighting, the industry branded them as LED TVs to avoid monikers such as “LED-backlit TV” or “LED-based LCD TV.” Today, most TV sets are LED TVs.

There are three “local dimming” backlight techniques for LED TVs, all of which dynamically dim the light behind the black areas of the image to make them darker.
The more economical direct-lit method uses LEDs in a sparse array across the back. Because the LEDs are farther away from the screen to allow each light to spread to more pixels, direct-lit TVs are as thick as the older CCFL fluorescent lamp LCD TVs.
Edge-lit LED TVs beam light to the back of the screen from the sides and allowed for ultra-thin cases. Although some designs provide selective dimming, they are not as effective as the entire array. In addition, they tend to be brighter at the edges than at the center.
The full array covers the entire back of the screen with LEDs. Although the case is thicker than edge-lit designs, the entire array provides better details in shadows and more contrast than the other methods. See ULED, LED, OLED, LCD, flat-panel TV, and Dolby HDR.

Resolution determines how many pixels fit on your screen. More pixels result in a sharper image, so small details like letters will be more clearly visible. When choosing the resolution, consider the viewing distance and screen size. HD Ready resolution only comes to life on smaller televisions (< 32 inches). If you want to sit close to a large television, we recommend a 4K TV.

In ascending order of sharpness, the resolutions are:

You can connect a smart TV to the Internet via WiFi or a cable. This gives you access to apps like Netflix, Spotify, and YouTube. As a result, you can easily watch missed broadcasts, the news, or the weather forecast. Most smart TVs have an app that lets you stream from your smartphone or tablet to the screen. You’ll be able to quickly and easily show your vacation photos. Some TVs also have an integrated speech assistant. Via simple voice commands, you can search for a video, adjust a function, or check the weather. Each innovative platform offers different apps and features.

An LED screen is an LCD screen, but instead of having a standard CCFL backlight, it uses LEDs as the source of light behind the screen. Companies label their TVs as LED, even though tthey’retechnically LCD; it can be confusing at times, but if you see an LED TV, you know it has an LCD panel. These TVs are more energy-efficient and a lot smaller than CCFLs, enabling a thinner television screen.

There are three main LED configurations as backlights for television screens: full-array, edge-lit, and direct-lit.

This method is considered the best-LED backlight type and is usually found on higher-end models, but as of 2020, some mid-range models have it too.

In a full-array LED screen, the LEDs are distributed evenly behind the entire screen. This produces a more uniform backlight and provides more effective use of local dimming, where it can turn off and dim complete zones of LEDs. Many lower-end TVs and most monitors use this backlight type. With an edge-lit LED screen, the LEDs are placed at the edges of the screen. Depending on the display, it can be all around the screen, on the left and right sides, or at the top and bottom. This allows the screen to be fragile. However, it can cause some spots on the screen to be brighter than others, like the edges. This problem is called flash lighting or clouding. It can be seen when watching a dark scene in a dark environment. Also, edge-lit screens usually ddon’tresult in good local dimming as they don have control over the dimming zones. Direct-LED TVs are similar to full-array but generally have a local dimming feature; this is found on lower-to-mid-range TV’s Like the full-array method, the LEDs are directly behind the screen. However, there are very few of them, and they can’t control separately to match the luminosity of the picture. These TVs are aaren’tvery thin because of the space required behind the screen to add the LEDs.


Shipping Jin offers best prices of Ecostar 32 inch HD Smart LED in Pakistan. Please have a look at wholesale prices of Ecostar LED This Ecostar LCD comes with origonal claimable Ecostar warranty. We will always provide you the Best price of LCD all over the pakistan 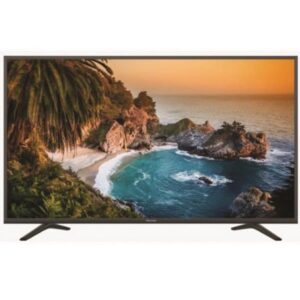 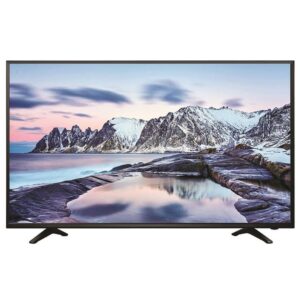 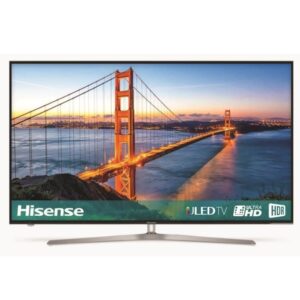